Opacity in shadow banking – a “daunting task for regulators” 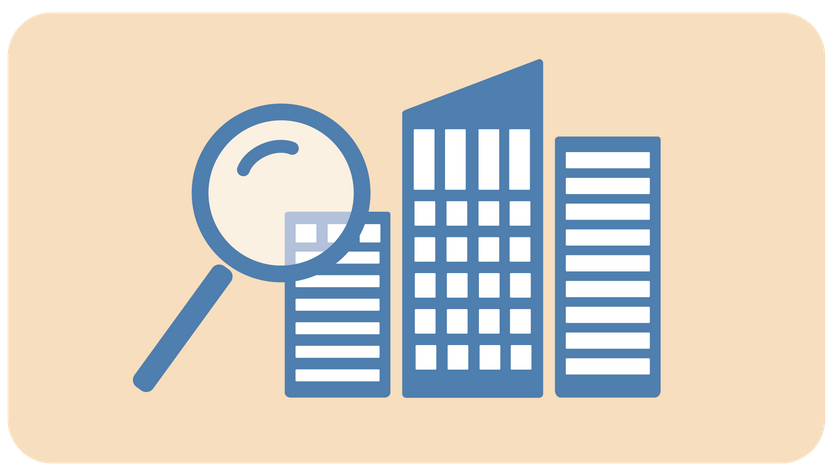 Regulators stand little chance of increasing resilience in the shadow banking sector without sufficient transparency and comparable data. The industry sees no cause for concern, and new regulation may in fact push the sector further into the dark.

Just as the novel coronavirus crisis continues to emphasise the need for comparable data and transparency, so did the financial crisis of 2008 illuminate the need for more comprehensive supervision and tracking of shadow banking.

This realisation prompted the leaders of the G20 to expand the membership and strengthen the authority of the Financial Stability Board (FSB) in 2009.

Soon after, the FSB began targeting shadow banking and improving its data collection. In 2011, the efforts of the FSB led to the first report that monitored the global shadow banking sector.

Now, a new report is released each year, tracking the size and development of the shadow banking sector across the FSB’s jurisdiction which spans the G20, several EU nations and other interesting nations such as the Cayman Islands.

But in its latest annual report from January 2020, the FSB warned that there were “continued data gaps and a lack of granularity” which “impede a more forward-looking identification of potential financial stability risks.”

Researchers and experts agree that when it comes to efficient regulation of the shadow banking system, there are still several issues to be dealt with by authorities.

Data management – are regulators up for it?

According to Professor Elias Bengtsson, former principal economist at the ECB and economic advisor at Sweden’s central bank, the most important task for the FSB is to get the data collectors to agree on definitions and standards, ensuring that regulators receive comparable data. 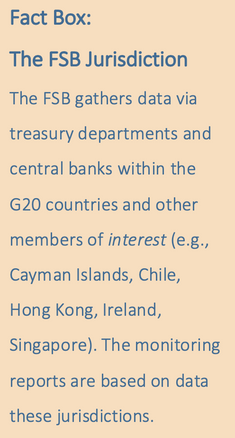 While Prof. Bengtsson acknowledges that there has already been a lot of improvement on how data is collected, he problematises regulators’ abilities to analyse and process the data that they receive. “Questions remain as to whether regulators are getting the right data from various shadow entities” Prof. Bengtsson says.

Brian Thuesen, a team leader at C WorldWide Asset Management, an asset management company with almost $6bn in its portfolio, also expresses doubt when it comes to regulators’ ability to analyse and process data. "I sincerely doubt that regulators have the capacity to keep up”, he says, and continues “they [regulators, ed.] are finding themselves carpet bombed with large amounts of data, and one could be tempted to question their ability to use it effectively.”

According to Thuesen, the requirements concerning data collection, set by the regulators and enforced by the national authorities, are so complex that both its quality and comparable potential can be called into question. “Does a minor financial entity in Denmark understand the rules for data collection in the same way as a large Spanish bank for example?", Thuesen asks.

A former asset management CEO, Morten Sterregaard-Feltsen, now COO and co-founder of AI Alpha Lab, an investment advisory company, says that the sheer amount of regulation currently imposed on companies within the financial intermediation sector is getting out of hand. “In general, for an asset management company, there is a tidal wave of regulation. It is really crazy” he says.

Sterregaard-Feltsen also faults the complexity of the regulation and the strain it puts on a firm’s legal department. “We were required to be detailed to a point where it did not make sense” he says.

Usually, Sterregaard-Feltsen is a big fan of regulation, especially when it comes to regulating “exciting products with huge upsides and high leverage”, he says. But in his opinion, recent measures of regulation such as MiFID II have gone too far in its level of detail and complexity.

MiFID (I & II) is an EU flagship when it comes to bridging the data gap and identifying transactions and investment procedures according to the European Securities and Markets Authority (ESMA).

Some experts argue that regulation such as MiFID II would have alerted regulators about the conduct of Lehman Brothers before it was too late.

According to Ewald Engelen, Professor of Financial Geography at the University of Amsterdam, the Lehman Brothers’ bankruptcy highlights exactly why more data and transparency is necessary for regulation to be effective. “There was no general, accessible repository where one could chase the connections and hence the liabilities of different financial agents to one another”, Prof. Engelen explains.

Even after the successful implementation of MiFID II and many other macroprudential measures across Europe and the US, regulators need to do more according to Prof. Engelen. “We need much higher transparency requirements”, he says, iterating that there are still large gaps of data and a lack of transparency in the shadow banking sector.

Prof. Engelen focuses on shadow banking activity in the Netherlands for a reason.

Research by Corpnet, a financial research group, shows that the Netherlands is the largest OFC in the EU. This means that multinational corporations use the Netherlands as a conduit to gain certain tax advantages through a series of SPVs, or holding companies, located in the Netherlands.

According to Prof. Engelen, regulators and tax offices should be equipped with “see-through capacities” in order to identify what is going on inside these SPVs, how they are linked and “what sort of regulatory arbitrage constellations that are being created through these chains of SPVs”, he says.

This would, in Prof. Engelen’s opinion, be a necessary step for EU regulators and authorities to take if they want to increase transparency in the sector. “Once you have the data, then regulators can say ‘hey, this is unacceptable’. Without it, without that transparency, we do not know what we are dealing with”, he says.

Similarly, the fight against the coronavirus pandemic would most likely have been a losing battle without the ability to track cases, patterns, deaths and recoveries. Data and transparency provide the worlds’ health authorities with a fighting chance to mitigate the spread and avoid panic, just like financial data provide the world’s banking and market authorities with the information they need to reduce risk and mitigate crises.

However, increased regulation may not always be the answer.

When regulation becomes a balancing act

According to Dr. Simone Varotto from the International Capital Market Association Centre, a financial research organisation, much of the regulation imposed on traditional banks after the financial crisis indirectly drove the growth of the shadow banking sector.

Under strict rules, banks are forced to limit the amount of risk they hold on to. Similarly, traditional banks were able to lend less due to new liquidity, capital and leverage requirements, Dr. Varotto explains.

“This then pushes the financial activity outside the formally regulated banking sector and into the less regulated areas of the non-banking or shadow banking sector”, Dr. Varotto says, indicating how the decreased capacity in the traditional banking system made borrowers turn to the shadow sector.

In its 2017 report on the adequacy of post-crisis policy tools, the FSB identified no new financial stability risks from shadow banking that would “warrant additional regulatory action at the global level”, indicating the FSB’s awareness of the boundary problem.

Instead, the FSB voiced its commitment to transform shadow banking into a resilient market-based finance sector, alluding to the balancing act that regulators are faced with in their attempts to regulate most efficiently and maintain a useful monitoring framework.

According to Prof. Bengtsson, the regulatory frameworks implemented by the Basel Committee on Banking Supervision (BCBS), the global standard-setter for central banks and banking authorities in 28 jurisdictions, squeezed the profit margins of banks significantly as it restricted the amount of mortgages they could issue.

The consecutively updated BCBS regulation, usually referred to as the “Basel frameworks”, dictate standardised risk-rates on mortgages and many other macroprudential initiatives such as higher capital requirements that banks must comply with.

Challenged on its profit margins by the Basel requirements, the traditional banking system intensified its use of the facilities for securitisation and asset transformation that the shadow banking sector provide.

If the banks off-loaded the mortgages via the process of securitisation, they would quickly be able to offset the new capital requirements. Without breaking the regulatory rules set out by the BCBS, the securitisation of mortgages would allow banks to transform lengthy and often very low yielding assets into highly liquid ones.

According to Prof. Bengtsson, this procedure was very attractive for the banks, as it allowed them to both profit and avoid the new regulation. “The bottom line is that the tougher the regulators get, the more they toughen the requirements, the more money will flow on the side via securitisation and these shadow constructions”, Prof. Bengtsson says.

While the existence of both a traditional banking system and an alternative shadow banking system is beneficial in terms of diversifying risk and allowing for alternative routes of funding, there is an elusive balance to be struck between efficient regulation and incentivising financial activity to move outside regulatory confines.

Finding the equilibrium may be further complication by the international nature of shadow banking, the breaking up of the intermediation chains and the ease of moving money, according to Prof. Bengtsson. “There is no way to calculate where this boundary should be set. You can make the best efforts to get the regulation right, and only after a decade will you find out whether you were right or wrong”, he says.

The international nature of the shadow banking system and the many different national regulators that deliver data to authorities like the FSB make it increasingly difficult to regulate efficiently, according to Prof. Bengtsson. “It remains a very daunting task for the regulators”, he says.

Daunting or not, if regulators find a way to mitigate the transparency concerns and strengthen the sector across national jurisdictions, it could mean the salvation of otherwise indebted nations with rigid banking structures, especially in the EU.

In fact, some international institutions and policy makers are already prioritising the benefits of an integrated shadow banking system over the lack of transparency.