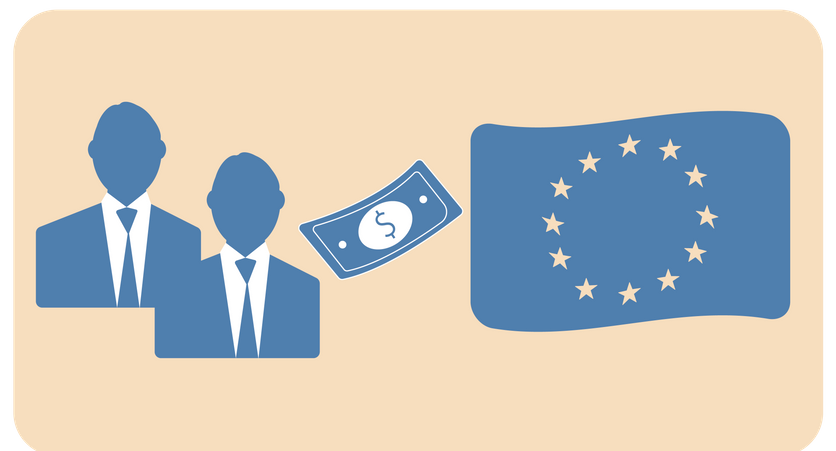 Despite transparency concerns, the European Commission remains committed to rejuvenate millions of SMEs with a new platform for securitisation. An expert calls the platform institutionalised shadow banking hidden behind new rhetoric, but the Commission sees no cause for alarm.

Access to funding is a pressing problem for the EU’s more than 25 million small and medium-sized enterprises (SMEs) according to the European Commission (EC). And it is about to get a lot worse as the coronavirus pandemic continues to force nations into lockdown.

More than 100 million people are employed in SMEs across the EU, and any disruption of cash flow and subsequent lack of funding would have real implications for millions of jobs across multiple economies.

If traditional lenders are unable to meet the needs of the many businesses, the funding gap would leave a significant role to be played by the shadow banking system. Alternative sources of cash and more liberal risk profiles could turn out to be the salvation for already battered economies across the EU.

The latest figures from the OECD show that SMEs in EU member states hit the hardest by the last financial crisis, such as Italy and Hungary, are already struggling to find financing. With high levels of public debt, high interest rates and an unstable market, the Italian stock of SME loans decreased by 17% between 2013 and 2017. In Hungary, the stock of SME loans fell by 19% over the same period.

Enter, the Capital Markets Union (CMU). According to the EC, the CMU is an attempt to rejuvenate funding opportunities for the millions of SMEs in the EU that cannot obtain funds through regular channels. With the CMU initiative, the EC aims to standardise securitisation and better facilitate a new way for SMEs to raise capital via investors.

But while the CMU may seem like the perfect means to an end, a range of issues persist, and researchers question whether the EC has thought its implementation of securitisation fully through.

According to Ewald Engelen, Professor of Financial Geography at the University of Amsterdam, who has done substantial research on the CMU, the EC has allowed the proposed benefits of shadow banking to take precedent over the phenomenon’s fundamental data-gaps and lack of transparency.

“It is odd that furthering or extending the shadow banking system is seen as the solution to the vulnerabilities that was caused by the very same shadow banking system”, Prof. Engelen says and underlines that “that is what we are currently witnessing with the introduction of the Capital Markets Union”.

In the green paper that outlined the goals and rationale of the CMU it is clear that securitisation is the proposed platform for the integration of the financial markets. However, the document gives no mention to shadow banking.

All the legislative legwork has already been completed and ratified, although some measures are still being phased in, according to the Directorate General for Financial Stability, Financial Services and Capital Markets Union (FISMA), the EC’s administrative branch in charge of the implementation process.

According to a Commission official, the CMU initiative is a long-term project that would hopefully “put forward the building blocks for creating an alternative to traditional banking in Europe”, she says.

With the coronavirus pandemic there is an ever stronger demand for alternative funding, according to the same sourse. In fact, a Commission official sees the implementation of the CMU as one of the main proponents of the EU economic recovery after the coronavirus crisis.

However, according to Prof. Engelen, the CMU is nothing but a shadow banking system in disguise, “a rhetorical smoke screen”, he calls it. In reality, the CMU is about securitisation, and without sufficient data requirements or transparency measures in place, institutionalising it on this level could pose serious risks, according to Prof. Engelen.

It is all about the details

According to a Commission official, times have changed significantly since the financial crisis in 2008. But due to the previous role of securitisation and the problematic associations linked to the process still being “fresh” in the minds of some European MEP, many found it hard to think of securitisation in a new way, even though it holds tremendous potential to save the struggling SMEs of the Eurozone.

In fact the overall goal of the proposed securitisation model is to do away with the “overly complicated structures and the misalignment between the originators and the investors”, a Commission official explains.

While a Commission official agrees that securitisation is a complex financial instrument, he says that what the CMU is trying to do is to make it easier for specialised investors to assess the various securitisation structures and the underlying risk.

“This information will be made available through a central repository of information, accessible for all investors in the EU”, a Commission official says, and explains that this would make due diligence processes much easier in the new framework.

But Prof. Engelen is still not convinced: “It is simply the industry practice that was in existence before the outbreak of the last financial crisis that is now being transformed into Europe wide law”, he concludes.

However, according to the representatives from the EC, the goal of the CMU is to introduce and implement an entirely different approach to securitisation. An approach guided by new, simple, transparent and standardised regulatory measures that softens up some of the regulatory backlash that was directed at securitisation after the global financial crisis.

However, what worries Prof. Engelen even more is that only very few people in the member states seem to take an interest in the CMU and the nature of the initiative. “The majority of the European people haven’t got a clue. If they have even heard of it, they think ‘it’s Brussels, what does it have to do with me?’”, he says.

According to the Prof. Engelen, the individuals that actually understand the CMU are already “embedded” in the shadow and traditional banking sector and the wider financial industry.

But this alleged absence of public interest in the CMU could also have something to do with the fact that the term ‘shadow banking’ has undergone profound change in recent years. Experts argue that semantics matter, especially when it comes to shadow banking.

Nothing has changed but the name

According to Elias Bengtsson, former principal economist at the ECB and Professor of Economics at the University of Gothenburg, there has been a shift in the attitude towards shadow banking on both an institutional and societal level.

“If you see the language surrounding the Capital Markets Union and how it’s being ‘sold’ to the general public in the policy documents from the European Commission, you can really see that there is a big shift in the attitude”, says Prof. Bengtsson and explains that one can now observe a very strong shift in the language, narrative and terminology of shadow banking, compared to what the term used to represent, especially in the financial crisis of 2008.

According to him, the implementation of the CMU clearly reflects a shift in the mentality of some regulators and policy makers.

Prof. Engelen however believes that the new terminology goes further than just a reframing. From his perspective, it has finally dawned on countries and regulators alike; that shadow banking has permeated the traditional banking system and financial market to an extent where it can no longer be separated.

According to Prof. Engelen, regulators and policy makers realised that fixing the issues in shadow banking would mean the abandonment of fundamental economic realities.

Therefore, they opted for “the easy way out” – a rebranding, according to Prof. Engelen. “I can imagine that in the process of thinking through what shadow banking actually is and how it is implicated in the growth models of a large number of countries, they [policy makers, ed.] ultimately came to the conclusion that ‘we cannot get rid of shadow banking, it has become such a crucial component of our political economies, so we need to come up with a new narrative. We need to get rid of the term shadow banking, so let’s rebrand it’”, Prof. Engelen explains.

Regardless of whether the rebranding of the shadow banking system was the result of such a conscious realisation process, its presence in the wider economy is a reality. While it may have developed in the dark, it is certainly out in the open today. Just as the financial disruption caused by the coronavirus pandemic poses a challenge, so does the CMU pose a test for how shadow banking will fare on an institutional level.

No matter the terminology, there will always be those who see shadow banking as a problem and those who see it as a solution. It remains up to policy makers and authorities to ensure that the interaction with financial markets happens in a transparent and safe way. However, with total shadow banking assets currently standing at close to $200 trillion, the question is for how long regulators can keep the sector in check.

According to Prof. Engelen, nothing but the rhetoric has changed since the last crisis. “The machinery that was proven to be so vulnerable has not changed. It is just as vulnerable now, or perhaps even more so, because the level of debt, leverage and the size of the sector have only increased. Too big to fail, too big to jail, it is all still there.”